Hailing from one of China’s most ancient tea regions, our Iron Goddess of Mercy loose-leaf tea is a premium oolong with a creamy texture and divine floral notes.

The origins of our Tie Guan Yin Chinese oolong tea

If Tie Guan Yin Oolong isn't familiar, you'll surely know this iconic tea by its other names: Iron Goddess of Mercy or Iron Buddha. Wrapped in legend and renowned for its wonderfully creamy texture and complex flavour, this exquisite lightly oxidised type of tea is one of the most famous Chinese oolongs, produced in Anxi County, in the southern part of Fujian province.

Our luxury loose-leaf version of this popular oolong tea is painstakingly produced using the bao rou, or 'wrap rolling' technique. Here, withered, bruised and oxidised tea leaves are wrapped in cloth and tightly rolled and kneaded to form tightly knitted pellets, each with a 'tail', which is actually a small piece of stem. The resulting eye-catching, uneven pellets of bright emerald green produce a golden yellow infusion and a light floral aroma with notes of freshly roasted nuts that perfectly captures the qualities of the Anxi spring harvest.

But the real joy of this tea is in its flavour: creamy, rich and floral with exquisite notes of nectar and a buttery smooth mouthfeel. This authentic oolong may not show so much of the iron, but it has more than enough divine qualities to live up to its name. 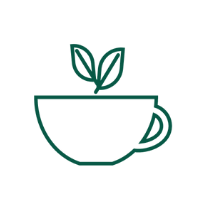 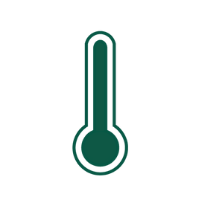 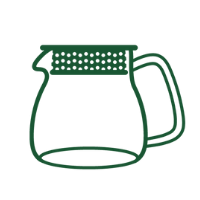 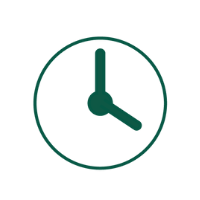 If you enjoy our Tie Guan Yin tea you may also like...

If you’re already familiar with the most popular Green Teas but would like to explore its most refined flavours, then this collection is for you.

Our Four Season Oolong teabags feature an exquisite Mountain Tea with a light, yet complex, creamy flavour that is a great choice for people who are new to oolongs.