What Is Japanese Gyokuro?

Gyokuro is the most sought after and luxurious type of loose-leaf green tea from Uji, Japan. Also known as Jade Dew, this tea is considered as one of the most hailed and expensive types of Japanese tea.

Cultivated in the shade and enriched with a naturally refined sweet flavour, this Gyokuro emerald green tea is sparkling quality in leaf form.


The Beginning of Gyokuro


It was a Yamamoto ancestor that befriended Nagatani, the creator of Sencha green tea, back in the 18th century. Together, they made their riches providing and selling Sencha tea in Yamamoto's tea shop. Years later, in 1835, Kahei Yamamoto VI travelled from Tokyo to Uji, in Kyoto, to learn the traditional Tencha processing of steaming and drying green tea leaves. However, his attempts were not successful as his processed tea ended in round, small bead-like shapes. Nonetheless, he travelled back to Tokyo and brewed the leaves the same way as Sencha tea. It was there that he discovered the brew's mild and light flavour. After presenting this new found tea to his contacts in the industry, it immediately surged in popularity and demand. buy tea Yamamoto named this special green tea Tama - translated as Pearl Dew/Jade Dew, or, as we know it, Gyokuro.

It wasn't until the end of the Edo period, during the 1860's, that the shading method of tea was properly developed. buy tea buy tea

DID YOU KNOW? There are only 10 production days available for plucking high-calibre Gyokuro!  This makes up only 1% of Uji's total 20% Gyokuro production. It is no wonder this is one of Japan's most expensive green teas.


The processing of Gyokuro is labour intensive and specialist, adding to the tea's expensive status.

Gyokuro is made from shade-grown tea leaves, also used to make Matcha tea. The harvesting starts out similar to Sencha tea until the first shoots begin to appear, in early springtime. It is then that the tea bushes are covered with a black net (known as a "tana") for up to 3 weeks before harvest, to prevent direct sunlight. Originally, this was done to protect the leaves from frost, but the shading of the leaves slows down growth, and causes the production of amino acids and theanine. This gives rise to Gyokuro's highly-regarded sweet flavour, "mild in taste" and a "greenish in colour infusion”. Shading also alters the flavour of the leaves, eliminating the astringency with very low levels of tannin. Sometimes, for the very top grades of Gyokuro leaves and Tencha (that is used in Matcha tea), extra shading is added to the tana netting, with a thick layer of straw. This increases the darkness even more and helps develop a more refined and flavoursome leaf.

Once the crop is ready, the leaves are hand-picked and promptly steamed. This helps preserve Gyokuro's esteemed emerald, green colour.

The leaves are then processed using the Sencha Rolling method (this traditional 6-step process is explained more in our What is Japanese Sencha blog) before they are put through machinery to shape them into their pointed states.

This is also when the leaves are dried and then ready to be sorted and shipped to exporters.

Please note, shade-grown teas, such as Matcha and Gyokuro, are highly-caffeinated.


How best to brew


Great care is taken when preparing this tea, as it is a preserved indulgence rather than a quick tea fix!

Our expert tea tasters have found the best way for you to brew our Gyokuro tea:

We also recommend pre-heating both cup and pot to preserve the warmth of the tea!


Gyokuro tea is known to be loaded with goodness! These qualities of the tea can aid:


Our Gyokuro green tea comes from Ise Bay in Mie Prefecture which has 800 years of history for producing high-quality tea! Our farmers pick only the finest buds of the year from the early spring harvest.

All our teas imported from Japan are governed by the provisions of lmplementing Regulation (EU) No 996/2012 imposing special conditions governing the import of feed and food originating in or consigned from Japan following the accident at the Fukushima nuclear power station. All our teas are checked and certified by the 'Tokai Regional Administration Office of the Ministry of Agriculture, Forestry and Fisheries’, that they are compliant with the legislation in force in Japan and EU as regards to radiation. Further, these certifications are examined at the point of entry to UK before the teas are released for distribution. Therefore we can confirm that the teas sold by us are safe and radiation free.

Note if pregnant, we suggest you speak with your doctor before adding this caffeine rich tea to your diet. 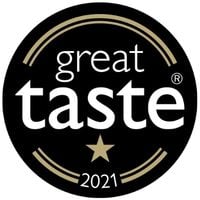 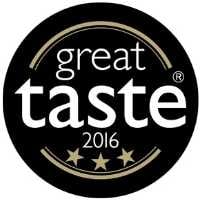 The Complete Guide to Chai Tea

If you are new to Chai tea, you have come to the right place. In this post we cover everything you need to know to get started with this exotic Indian tea. From Chai Tea origin to the different types of Chai tea available and the potential health benefits Chai tea can provide. By the...